You've possibly already read about "flat audio" This means a repeater's receiver is flat coming out, to drive a flat transmitter. In order to make most any transmitter flat you need to either choose one that's already direct Frequency Modulation, or modify it. This article pertains to the latter. For this project the 1 1/4 meter Midland 13-509 is chosen, mainly because it's use in several (transparent) links, which support the SRG 147.20 repeater.

First, remove several items not needed or otherwise to improve reliability and performance. That would include the T-R relay, the receiver deck, most or all of the trimmer capacitors for the transmitter and (now gone) receiver. These open slots can be used for transmitter control circuits, explained further on.

After the trimmers are sucked out, perform the jumpers for both the FM and A+ switch 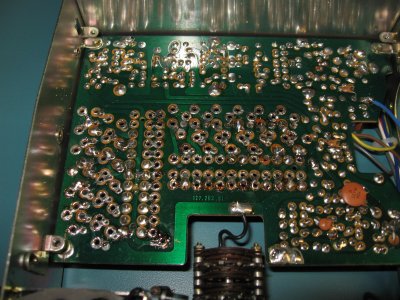 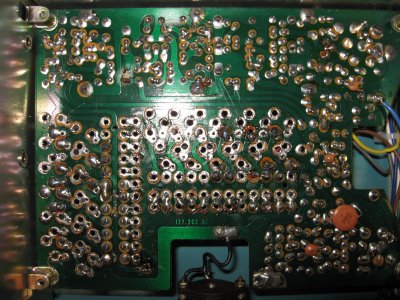 Here's an overall view of the modifications. Remember there are several prototypes over the years, therefore it's possible the picture shows different physical locations of some parts. 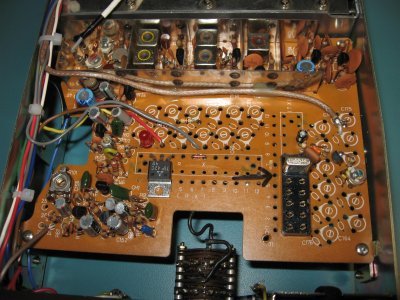 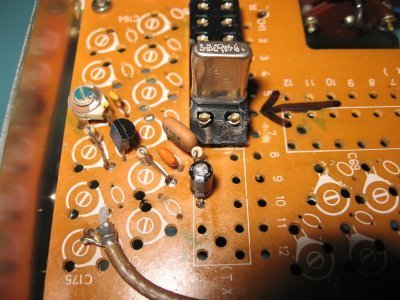 With some close ups of the modulator and T-R relay bypassing. Not visible is the RF jumper in place of the rely contact 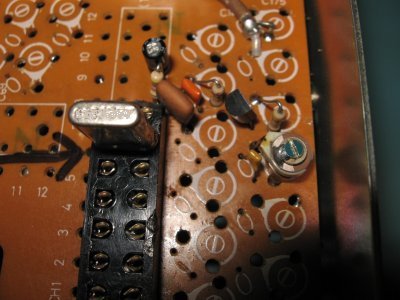 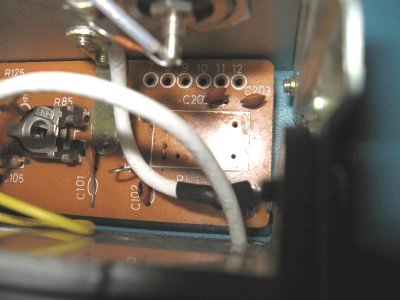 Detail of the switch 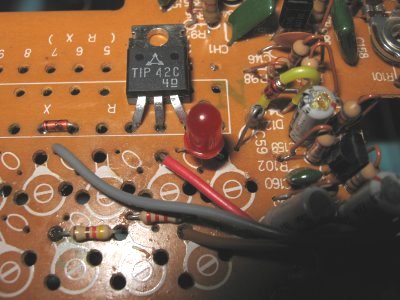 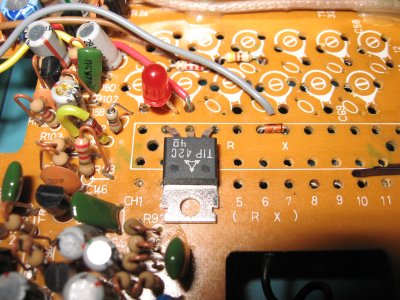 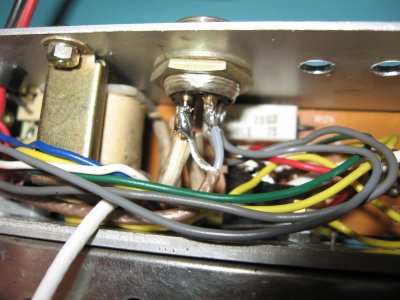 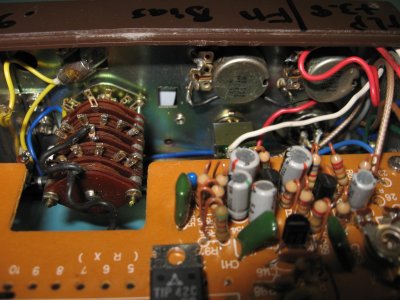 The front and back. This chassis was from another (rough) project from the left-over holes in the back. 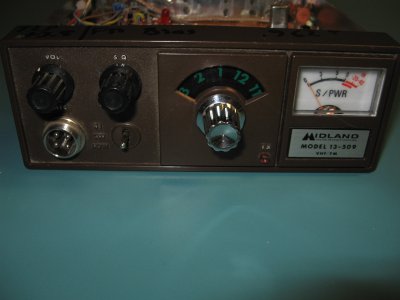 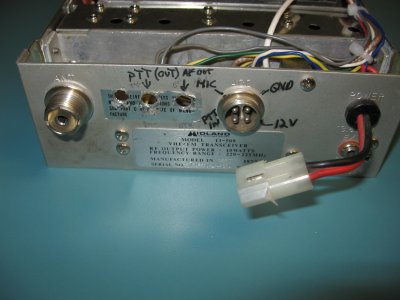 Diagram of the F.M. Circuit. Typical bias is .8 v +. This allows the veractor to "swing" at the audio rate in a linear fashion. On the right is a commercial version designed by G.E. in the 1970's. This is called an "ICOM" which is a complete plug-in module. For the GE used PM however, the temp comp circuit is FM, but not used for audio. There's another document to change that on SRG's web site. 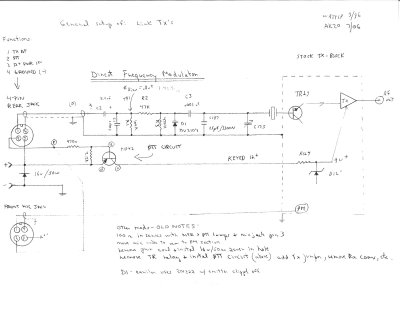 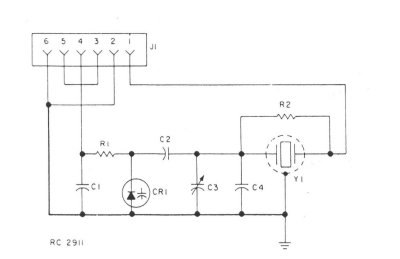 This may be copied in complete form only for non-profit purposes, such as for the knowledge for the amateur radio service, with AK2O credited as designer. For other arrangements please contact the author.